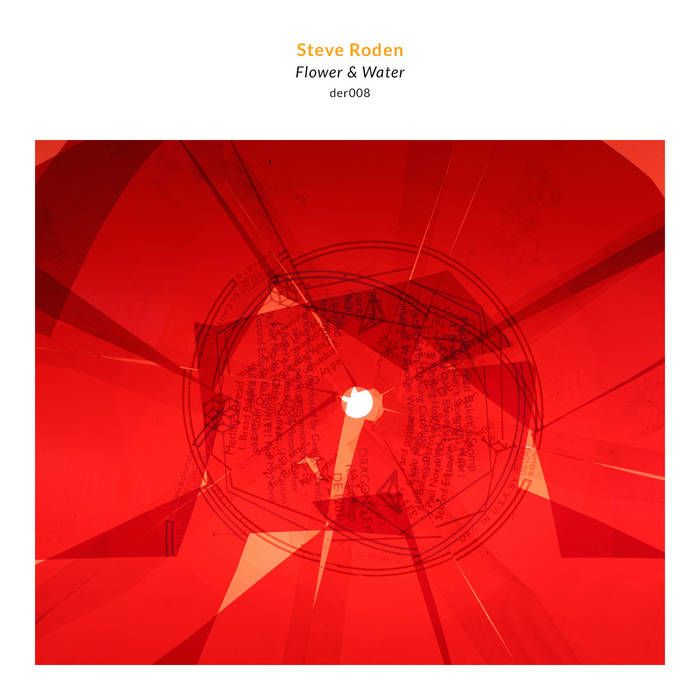 Flower & Water began with an offer to work with the first Dragon’s Eye release – a flexi-disc with a recording of George Winston playing a blues piano composition called “Medley: Bread Baker’s Stomp” – as source material. Since I am not a true remixer, I decided to modify the track via physical manipulation. Most of the material began with cutting up some of the flexi’s and taping back together in ‘wrong’ ways. I then played (or tried to play) the broken records that had been taped back together, and also putting objects onto the surface of the record while being played with a cheap record player that had a small built-in speaker. In many ways I felt like I was building a series of temporary sculptures, as I wanted the experience to be physical – similar to the use of hands in making bread from scratch. Based on Paul Novak’s bread making book, I felt I should approach my engagement with the flexi’s should feel a bit like a ritual. I then took the stereo recordings of the objects, and put different moments into a sampler so that I could shift pitches and create loops. In many ways the experience of cutting the records into pieces, felt related to my own practice, in that my approach to these recordings were quite different than how i’ve worked before – particularly with the addition of such an arduous process of physical building, rather than building the recordings in my “studio”. What is beautiful is that the recordings (done with a small stereo field recorder), captured not only the sounds of the record player, the plastic cups, the stones, and other things I set on the turntable, those sounds were processed by the reverb and echo that naturally exists in the space. So, rather than working within a virtual environment, I tried to keep the experiences as analog activities – with dust and hands, with scissors and scotch tape, and with the ways that sound is activated via dropping, sliding, and of course, listening. My hope was that the messiness of my process might offer some sound pieces that might relate to how a kitchen might look when I might have finished baking bread… with hands covered in flour, with dough stuck to the counter, etc. in many ways the overall group of tracks is a kind of hybrid – with agitated acoustic actions and piano recordings that have become loose and repetitive. The titles were all taken from Paul Novak’s book – A Baker’s Dozen of Daily Breads and More, some were as found, while others a bit more playful – such as wing / ogre / stone which was made up of the letters of George Winton’s name. The cover image of a bunch of cut up records was used in the making of this recording – fortunatel, no record needles were harmed during the recording session.

All sounds generated by physical & electronic manipulation of a red flexi disc
of the first Dragon’s Eye release: George Winston’s ‘Medley: Bread Baker's Stomp’.
Thanks to Robert (Bob) Eckhardt, Yann for the invitation, and huge gratitude to Paul Novak for allowing me to break bread!
Created during the summer of 2014
Cover image: Steve Roden
© 2014 Steve Roden / in be tween noise.